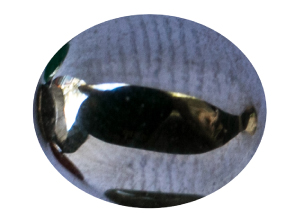 With its internal red colouring, hematite has been associated with blood for thousands of years. It was once believed that this stone was formed on the battlegrounds where wounded soldiers shed blood. In ancient times hematite was carried by warriors to give them strength to defeat their enemies. In the 13th Century, magicians wore hematite pendants, carved with the image of a bat,
and believed to strengthen their magical powers.

Today, hematite is a stabilizing and grounding stone, associated with tranquility, balance and harmony. It helps to focus the mind without limiting creativity.