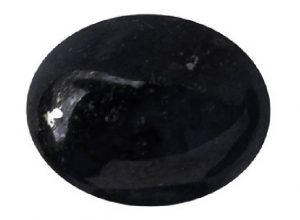 Onyx is a very hard stone and comes in many hues, ranging from white to almost every colour (except blue and purple). It is probably most commonly recognised as black. It was used as early as the Second Dynasty in Ancient Egypt to carve intricate bowls and talismans believed to contain evil. Onyx is mentioned in the Bible several times and was believed to bestow powers of protection and defense.

Today, Onyx is believed to increase strength and stamina, and to enhance self-control. It alleviates worry and eliminates nightmares.